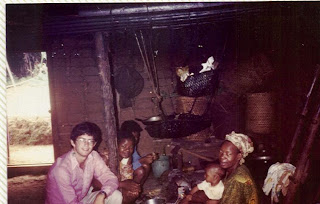 I have a strong public service mentality. I was a Peace Corps volunteer long ago and actively contribute to: two homeless programs, some safe kids programs, several third world programs including one child, one laptop, and so on. My brothers are the same way. So I get emails like this:

Today the news reported the completion of a undersea internet cable to
Kenya that is supposed to spur a huge jump in connectedness and
outsourced services in Kenya. I would call it the Bangalorization of
Kenya. It is also supposed to provide lots of online educational 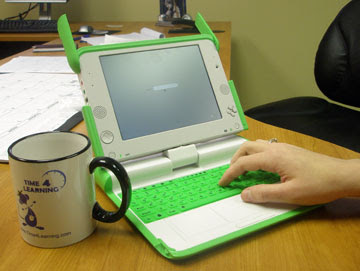 Is there some way one of your websites can capitalize on this? Free or
discounted subscriptions to computers located there? Some
way to help Kenyan education at the same time boost your reputation or
visibility or number of links? Could Kenyan schools also use SpellingCity?

Obviously, you would want to find a way to make money from this and not
just be pure charity.

There is an editorial column on page 7 of the attached by Nicholas
Kristof about the need to boost education in Pakistan, another
English-speaking chunk of the developing world. (Not to mention
Sangmalima (note - the town where I was a Peace Corps Volunteer in the 1980s) and the rest of Anglophone Cameroon!) But Kenya is obviously
a lot more promsing right now.

I'm surfing around. But not on the web. I'm trying to spend some time inside twitter to see what's going on. I read a Time Magazine (remember them?) article this week about Twitter which started with an insight that I totally agree with:

"One thing you can say for sure about Twitter, it sure makes a lousy first impression. Do you want a technology to communicate constantly with people in 160 characters or less? Of course not"

Yet, the article went on to describe that twitter has pretty much become one of the IT technologies because of it's high adoption rate. So I'm surfing around in Twitter.

To be honest, I'm confused. I've found some people that I would like to twitter with (no pun intended) meaning that I'd like them to be aware of the incredible SpellingCity.com website but I'm not sure how to go about it without being spamish and bad. So far, I'm only using twitter to find blogs or emails who I approach in my usual tongue-tied comment or email approach (..if its not too much trouble...and you're curious about such things....and if you have some time....but I don't want to bother you...I've worked really hard....in any case, it's called SpellingCity.com and I'd appreciate a look or review if you can.....if you can't, I won't take it personally and I won't mind.... MUCH!)

In any case, I thought I'd review some incredible websites by elementary school educators that I'm finding in case my tweets get lost.....

EraserTown USA, The New Primary Classroom by Maryann Molishus. My first thoughts, how did she get all those little Web 2.0 icons up there so small and organized and what are they? Her widgets and stuff are first rate as is her credentials...2008 Milken Family Foundation Award Recipient, Star Discovery Educator, Keystone Technology Integrator, Received 2007 Best Buy Teach Award, Member: ISTE, NAEYC, ASCD, Iditarod Trail Committee; Twitter/Plurk. My second thoughts are is EraserTown a play on kids with pencils and erasers or is it about the Eraserhead stuff. Does Molishus rhyme with delicious and is that her real name or just a fortunate coincidence? And lastly, why doesn't she do a little more with the blog like make review SpellingCity.com or Vocabulary Learning Fun?

Philly Teacher - Ms Hertz is a Computer Science teacher in West Philadelphia. Her blog is very active (as I think her tweeting is but again, I'm so confused when I go in there) and she's just too wired. For instance, in her most recent post, she's comparing different social bookmarking services (have I ever admitted that I never really understood Del.ic.ious?). She's comparing it with something that I've never before heard of...Portaportal. Other recent posts were about Shidonni (sounds very cool) and Jam 2.0.

I'll stop there... I want to go check out shidonni